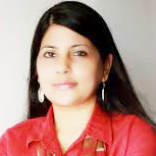 Vastu is a large topic to be covered in one article, yet we make an effort to familiarize you to Vastu as a quick reference.

Indra is the ruling deity of the east. He was born out of Brahma’s mouth and is capable of destroying enemies. He can appear in any form as per his wishes. He is also the lord of rains and has the wind as his assistant. Increment in wealth, cereals and animal stock can be effected through worshipping Indra. Indra is also the king of the heaven. Elephant Airavat is Indra’s vehicle and Vajra (lightning) in his weapon.
The east is also the abode of gods like Surya, Agni, Indra, Jayant, Ish, Parjanya, Satya, Bhup and Akash.
The east is also known as a direction of lineage. During the construction of the house, some portion must be left open in the east. It leads to long life for the owner.

The west is the opposite of the east. As east refers to prosperity the west refers to non progressive direction if not planned properly. Varun (Neptune) is the lord of this direction, which is under the influence of sage Agastya. The sea is the abode of Varun (Neptune). He therefore has most influence on the water bodies. A proper utilization of westerly portion of plot leads to reputation, fame, prosperity and success for the owner.

Kuber is the lord of this direction. Literally, Kuber(means lord of finance) means the one who controls the imminent events and causes increments. He has inaccessible wealth and property. Kuber is the king of Yakshas and Kinnars and is a friend of Rudra (Shiva). Kailash is the abode of Kuber who has three legs, eight hands and a yellow dot in place of eyes.
Mercury is the planet that rules the north. It is more influential in the dark phase of every lunar month. North is also an abode of the gods like Kuber, Diti, Aditi, Shail, Naga and Bhallat, etc.
North is also a place of mother. Leaving some portion open in north leads to prosperity of maternal side as well as provides wealth, comforts, peace etc. for the owner.

The lord of this direction is Yama ( he is considered as life taker diety or rather lord of death & destruction). He is the son of Surya and is hostile towards Vishnu. Nakshatra Bharani is the most important for him. During the last eight days of the lunar months of Ashwin and Kartika this nakshatra is more influential. South direction weakens human life, hence all the auspicious tasks are forbidden in the south. South is also an abode of the gods like Yama, Gandharvas, Mriga, Pusha, Vitath and Kshat. In all the south direction yields nothing but mourning, depression and pain.

Direction that lies midway between the east and the south is known as Agneya (southeast). Agni (fire) is the lord of this direction. He is the preserver and defender of every being. Agniis considered mouth of god and therefore offerings to god are made through to the holy havan kund during rituals performed.
Worshippers of Agni are economically strong and long living. Agni himself takes care of the people who make offerings into him. Agni also provides them with comfort, peace, prosperity and progeny.
While constructing a house, the first pillar must be erected in the southeast direction. Alternatively, kitchen of the house should occupy a place in this direction. This is the foremost and an important rule of VASTU Shastra. First day of every month also represents the element fire. 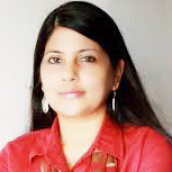 Rashmi Jha completed her Masters in Psychology and pursued the knowledge of Numerology & Vaastu since the past two decades. Rashmi consults various top corporates and Indian Blue chip companies. For More Detail write to us on vastu@homeanddecor.in.

How to Clock it right with Vastu

Vastu colors for your prosperity.

Check Vastu for Paintings before you buy one.