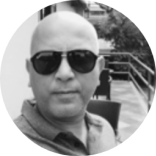 He is India’s premier fashion designer, as he has earned a name that fascinates world, all over. And that is what has made him the world’s one amongst the most inspiring and successful designers.

Although the Valaya group encompasses broad areas like apparels, home furnishings, accessories, etc. yet his unique and beautiful collections are those of absolute masterpiece apparels under the mantra of ‘the future the past.’

Background: In 1989 he joined the National Institute of Fashion Technology situated in New Delhi. And then he became the first Indian student to win the Prix Incantation at the Young Designer International competition held in Paris.

Accomplishments: In the year 1990, he became the first Indian student to win the Prix Incantation at the Young Designer competition held in Paris. He has made a record of being the first designer to carry a solo show in India.

In the year ‘96 JJ Valaya held a show in Hong Kong and Manchester. He progressed further in ‘97, by taking the label to Manchester. In ‘98 he held shows along with American designer Todd Oldham. In the year 1999, the Fashion Design Council of India (FDCI) created. In the year 2000, the show held by him records to be the first show ever to feature with French Models.

The fall-winter show 2000 was a select show at JJ Valaya, celebrating a new century, blessed with a new collection and a newly renovated store- JJ Valaya Life. In the year 2001, JJ Valaya exhibited the spring/summer collection during the Haute Couture week in Paris. Swarovski Crystal Components announced him as the first brand ambassador in 2001. In 2005 he introduced new footwear label, Valaya. He launched Valaya Quantum the new diffusion labels in the year 2006.

Praise: He is most admirable of Jean Paul Gaultier, Ralph Lauren, and Valentino.

Discovery: He has a strong passion for fashion cars and bikes. Royalty is the core metaphor of this humble and great designer; he loves to paint but doesn’t have a restricted and confined definition of areas of paintings. He says that “my job is all about imagination,” and he loves to dream as he believes that the reality has a beginning from dreams’ pathways. So his philosophy is ‘Ideate, Imagine, Create & Work.’

Stores: In 1992 he introduced costume label – JJ Valaya along with brother and partner T.J.Singh. In 1995 he established the name in various up-market stores in India and overseas. In 1996 he launched India’s most significant single designer store JJ Valaya-Life in New Delhi, In 1999 he started the Valaya Pret label, studio through exclusive stores in Delhi and Mumbai.